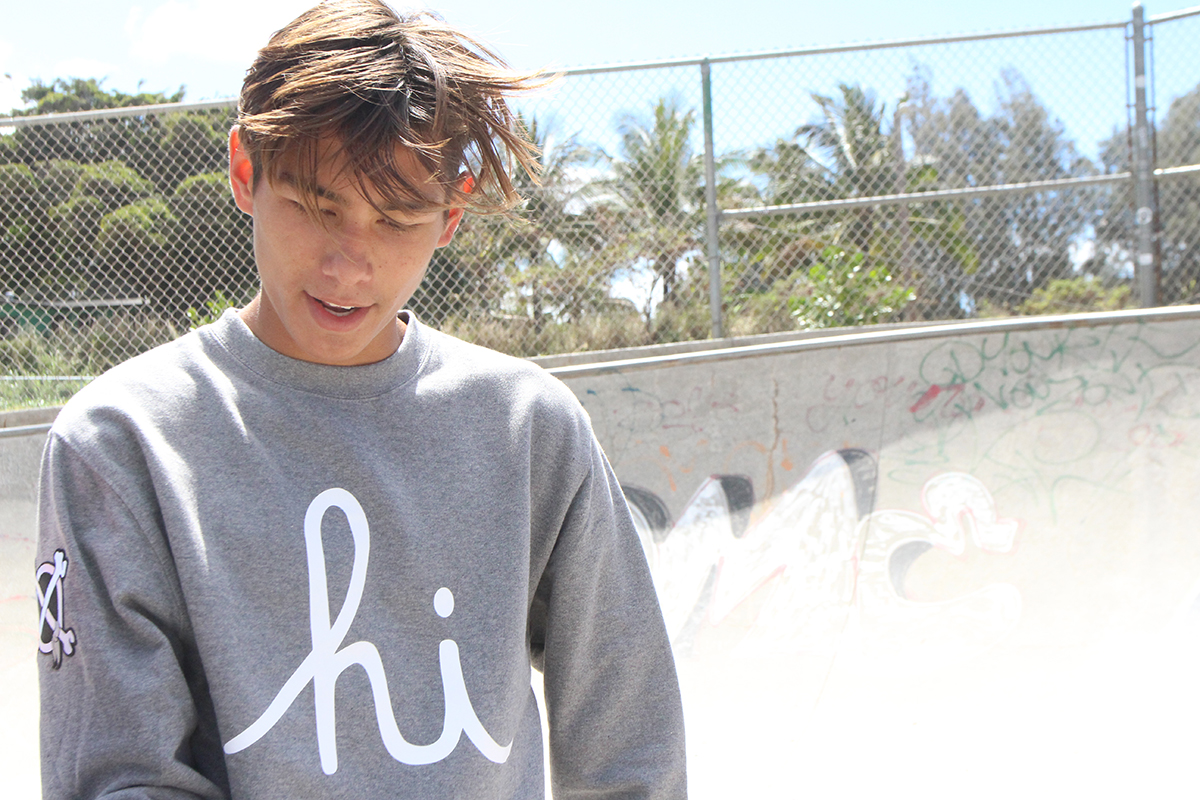 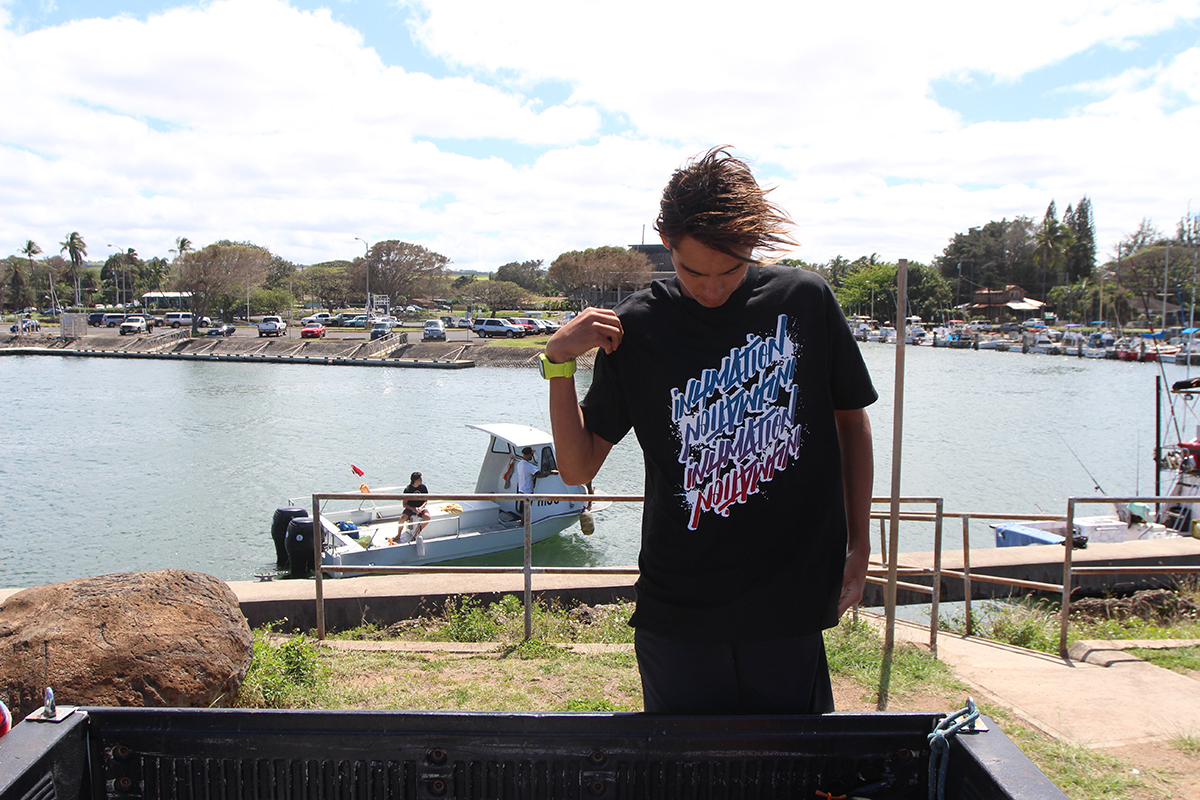 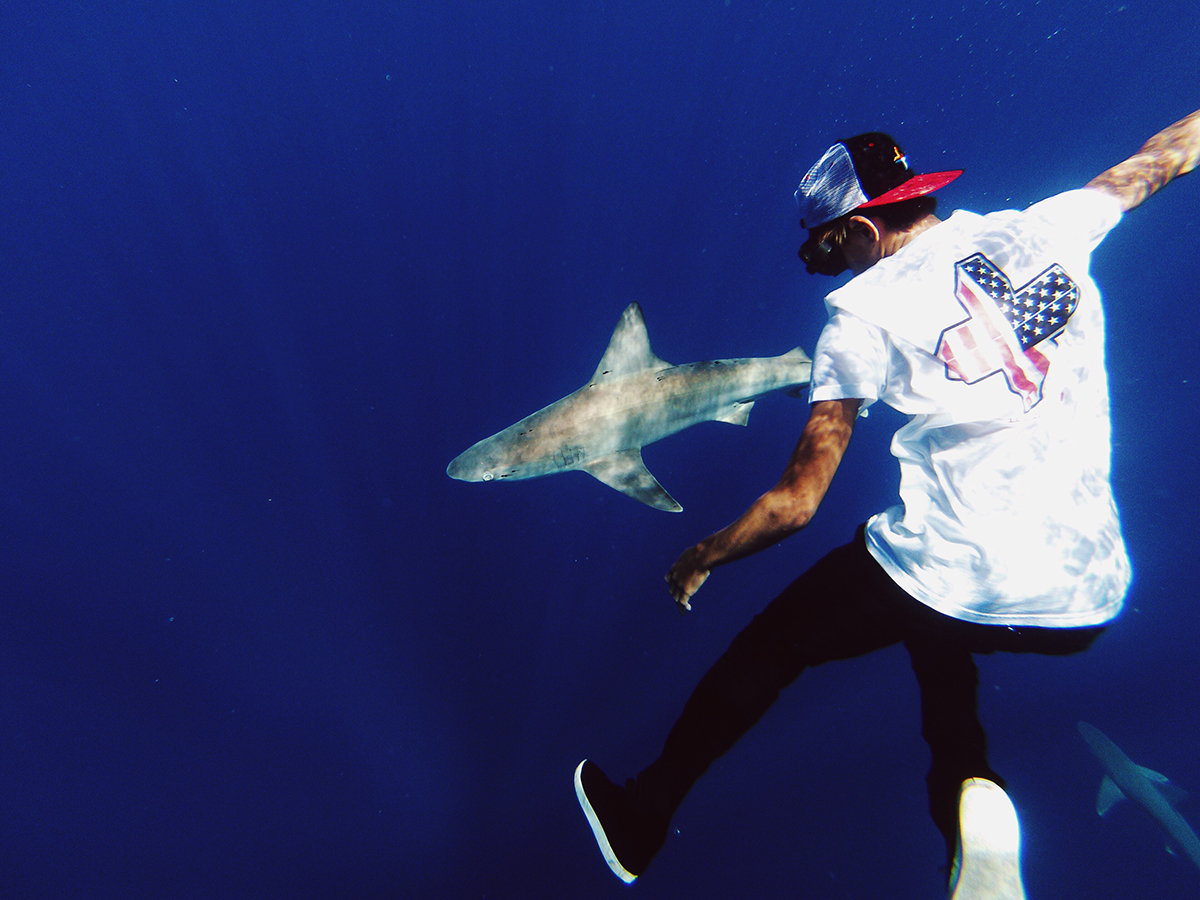 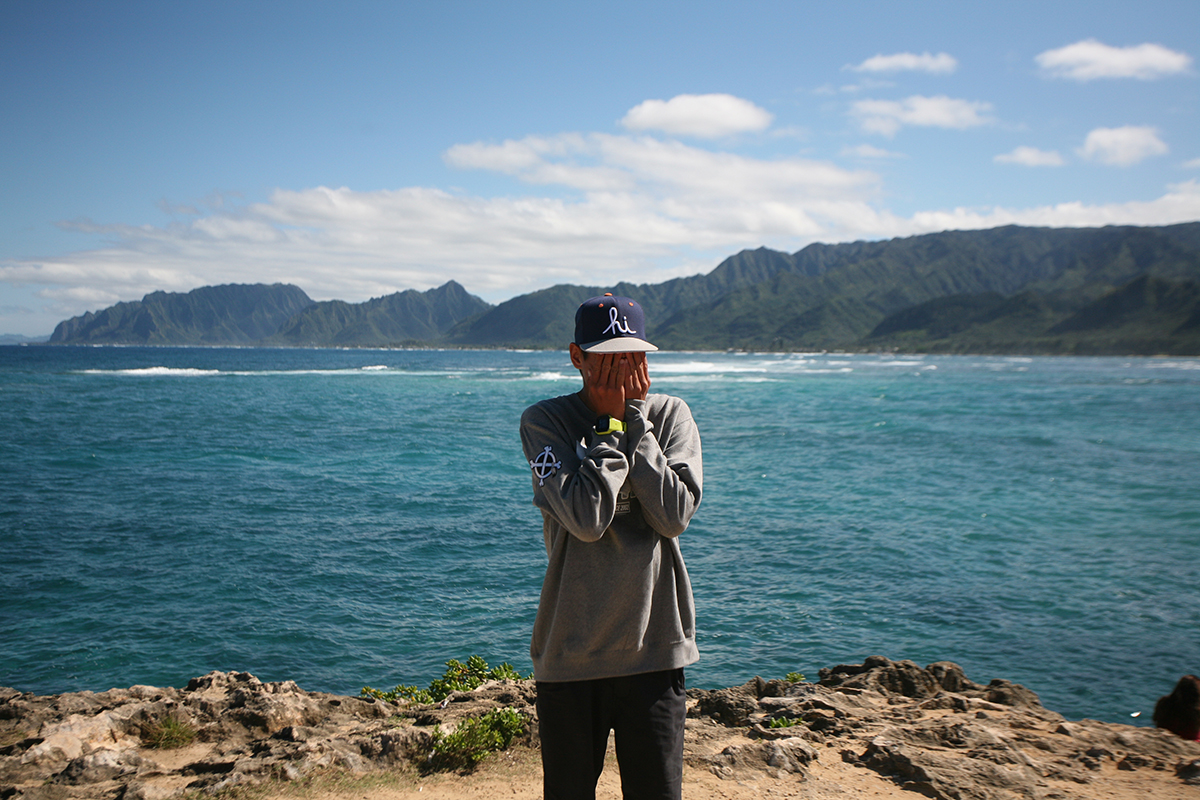 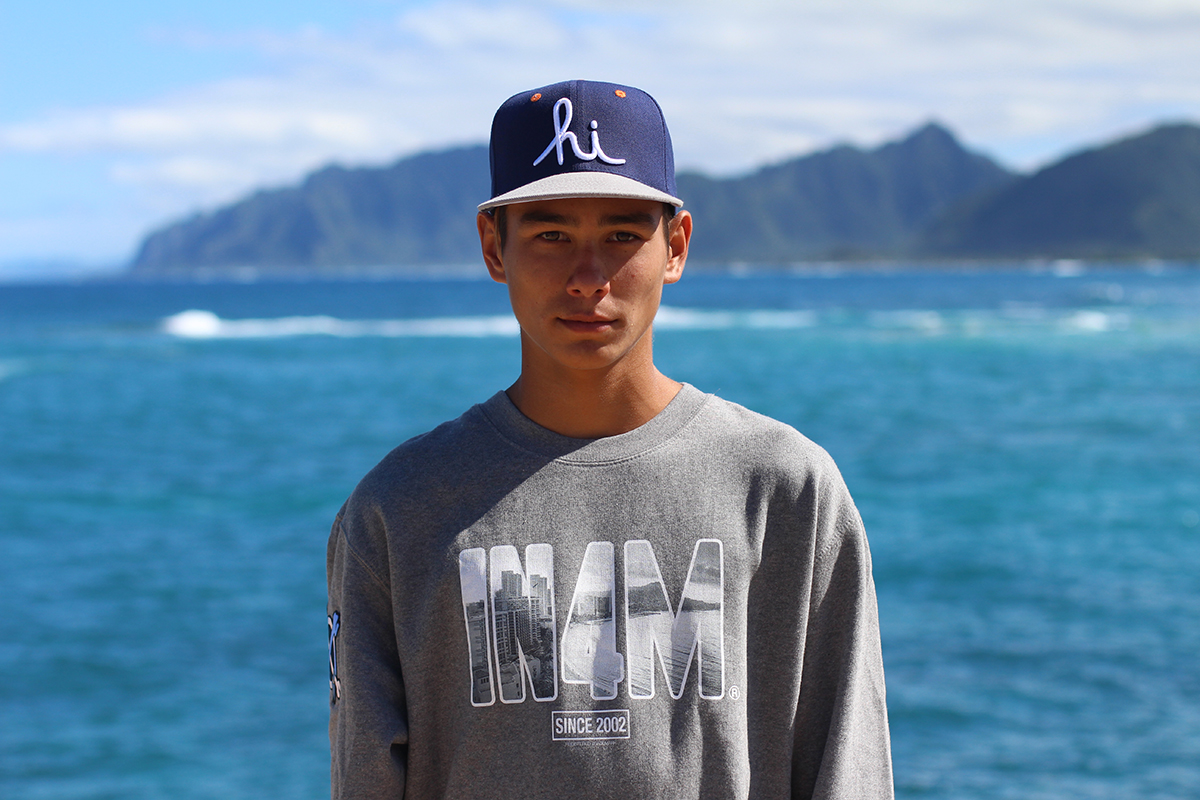 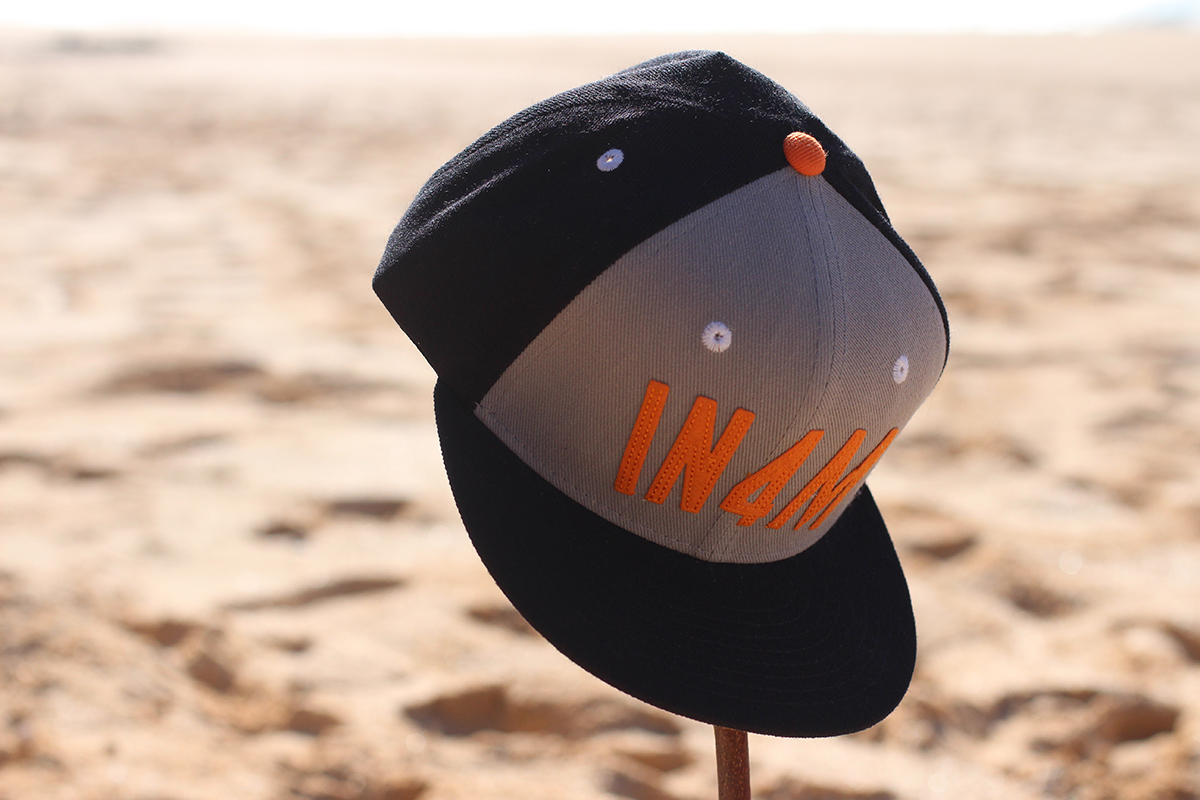 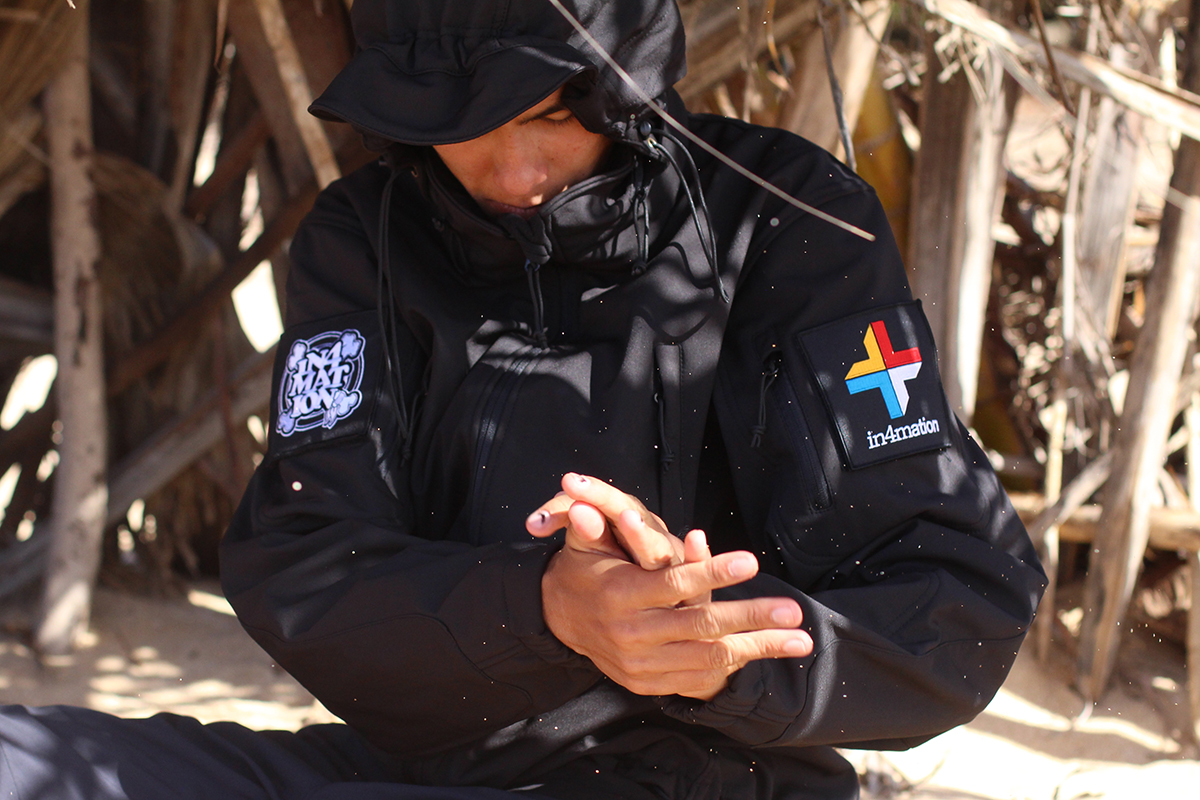 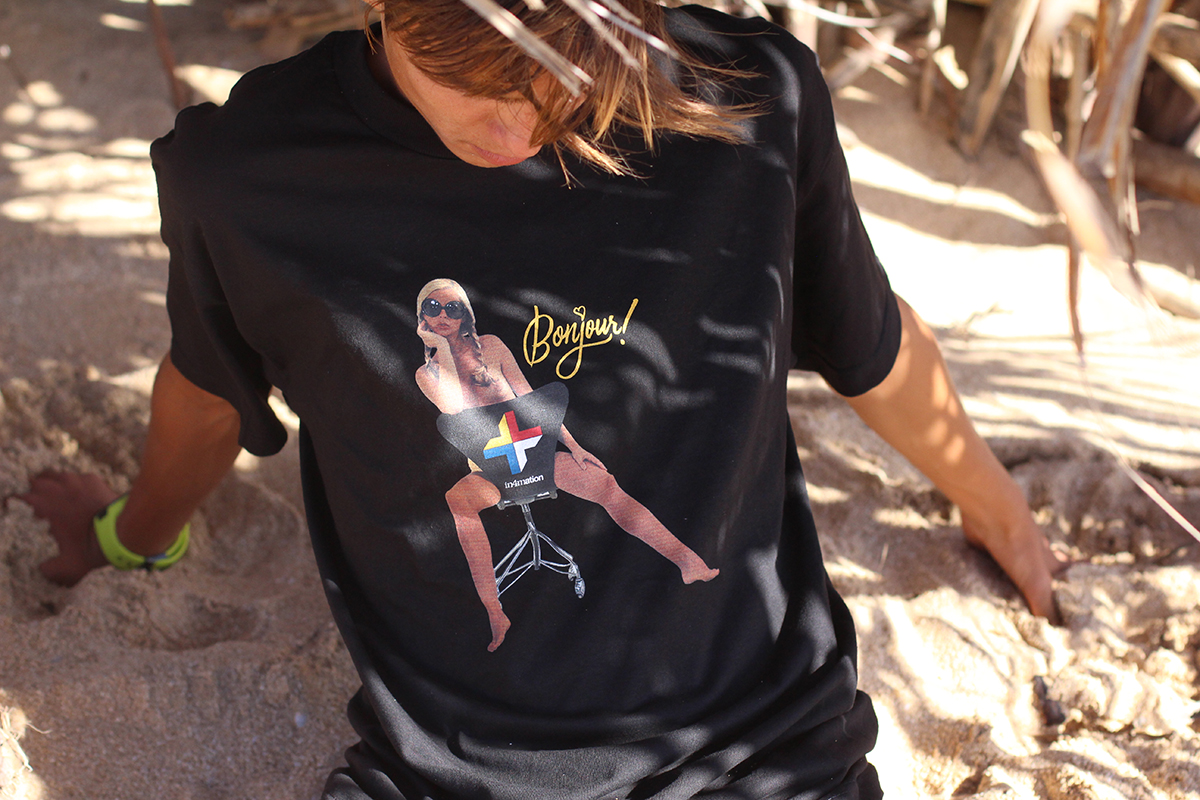 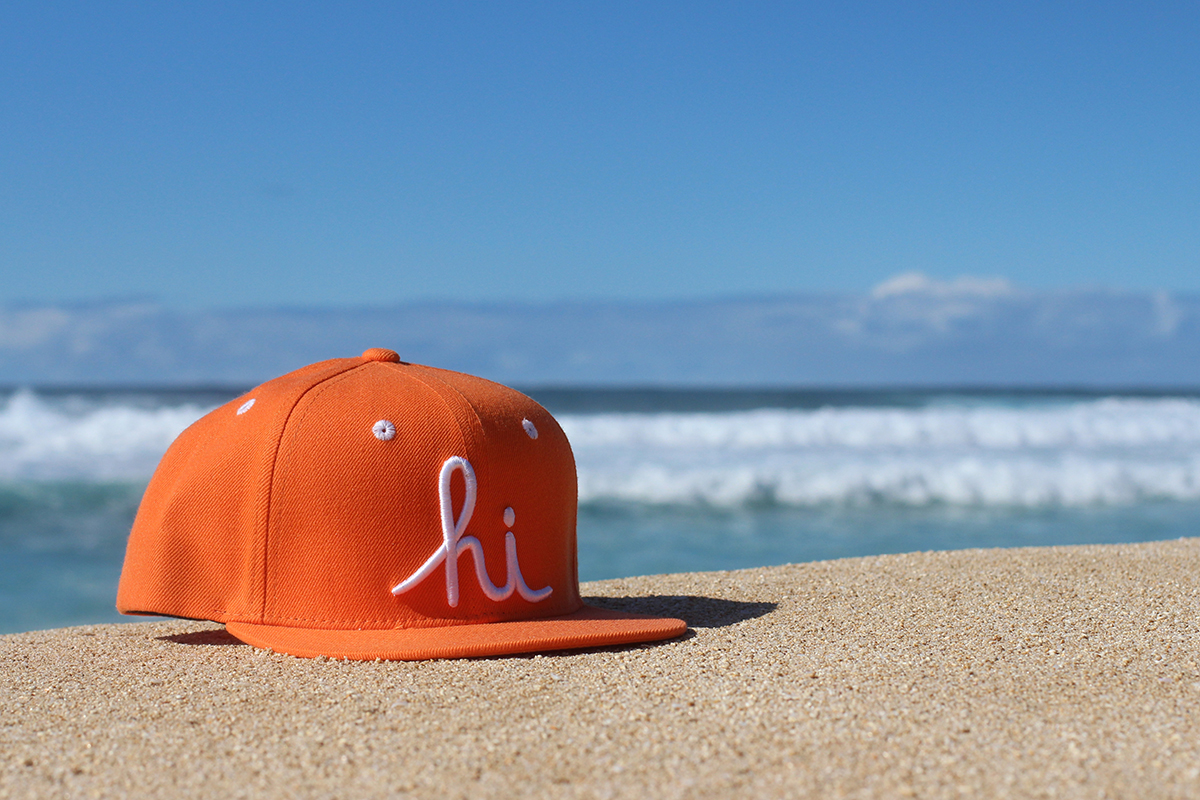 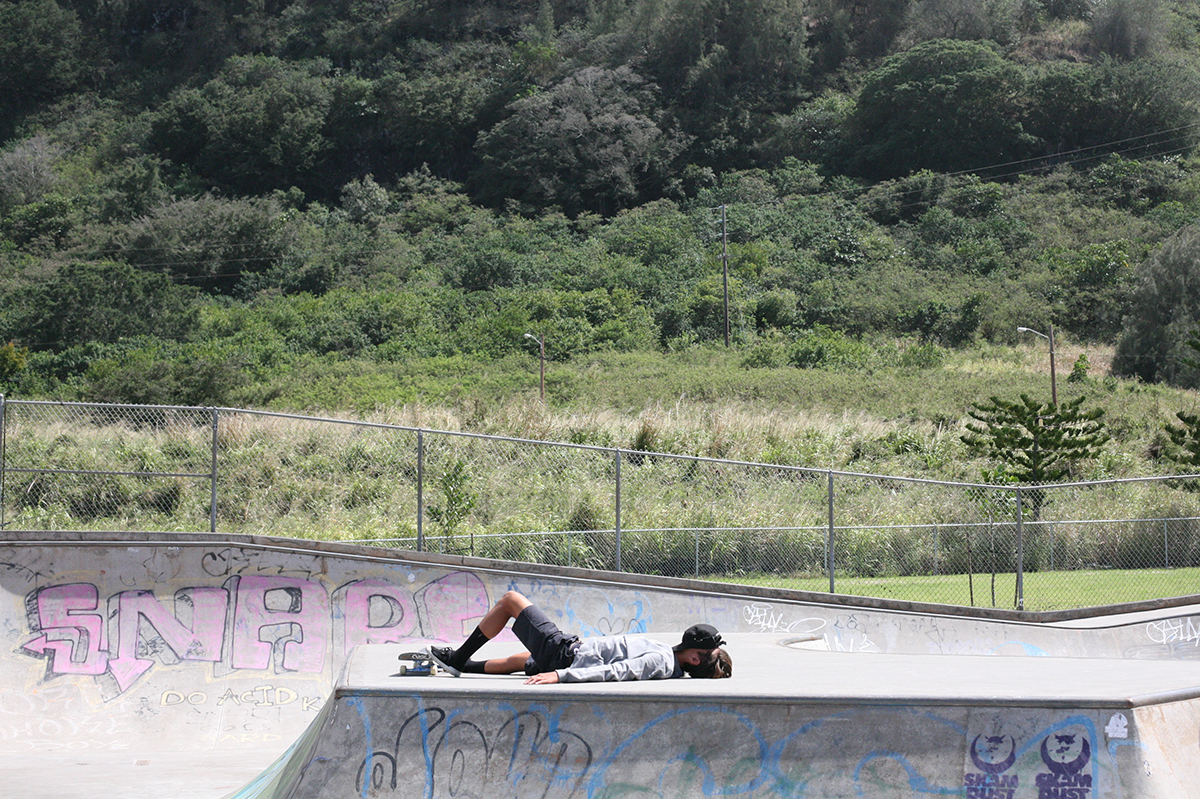 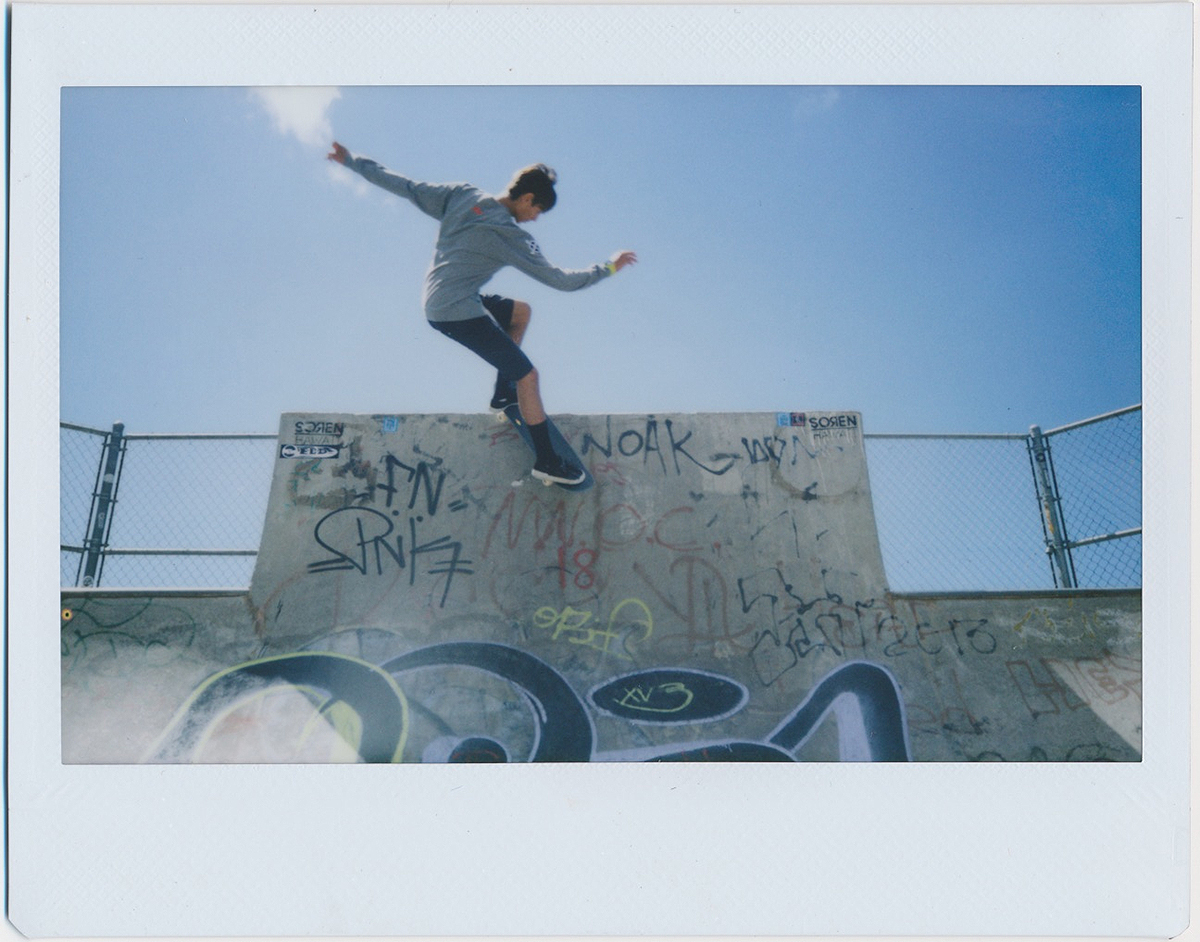 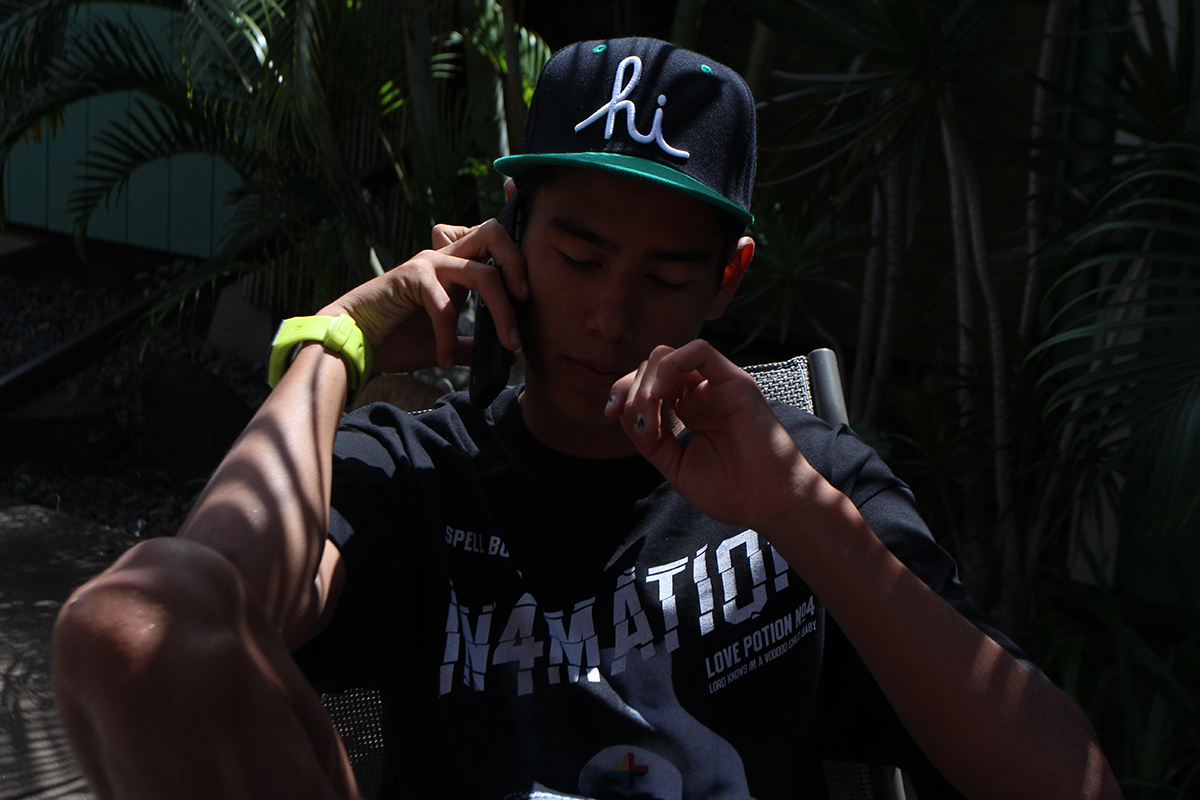 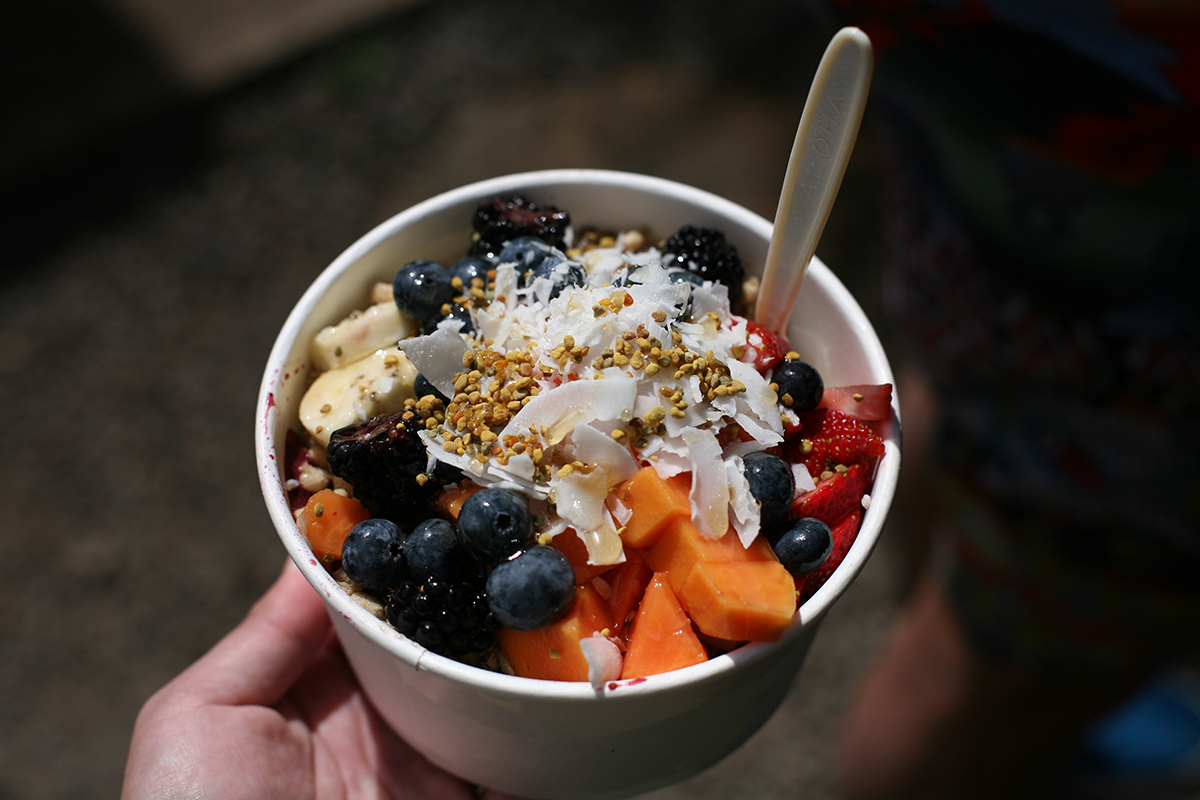 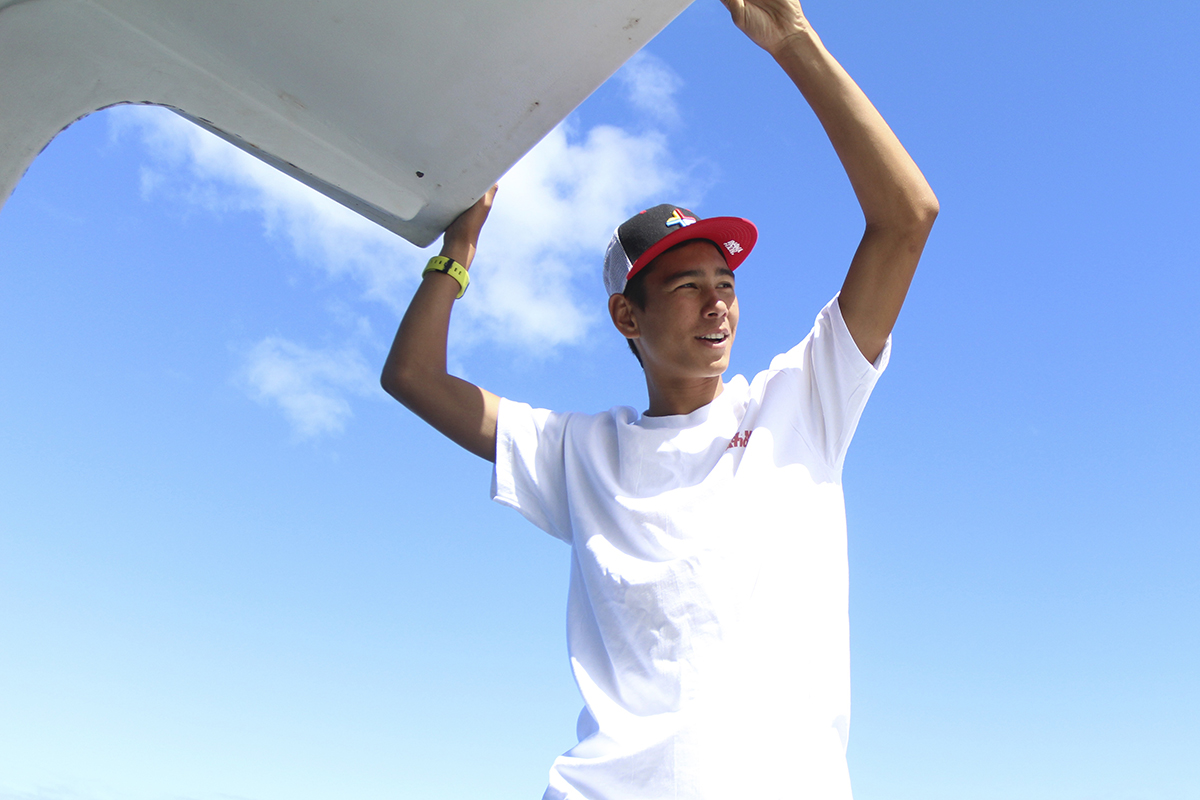 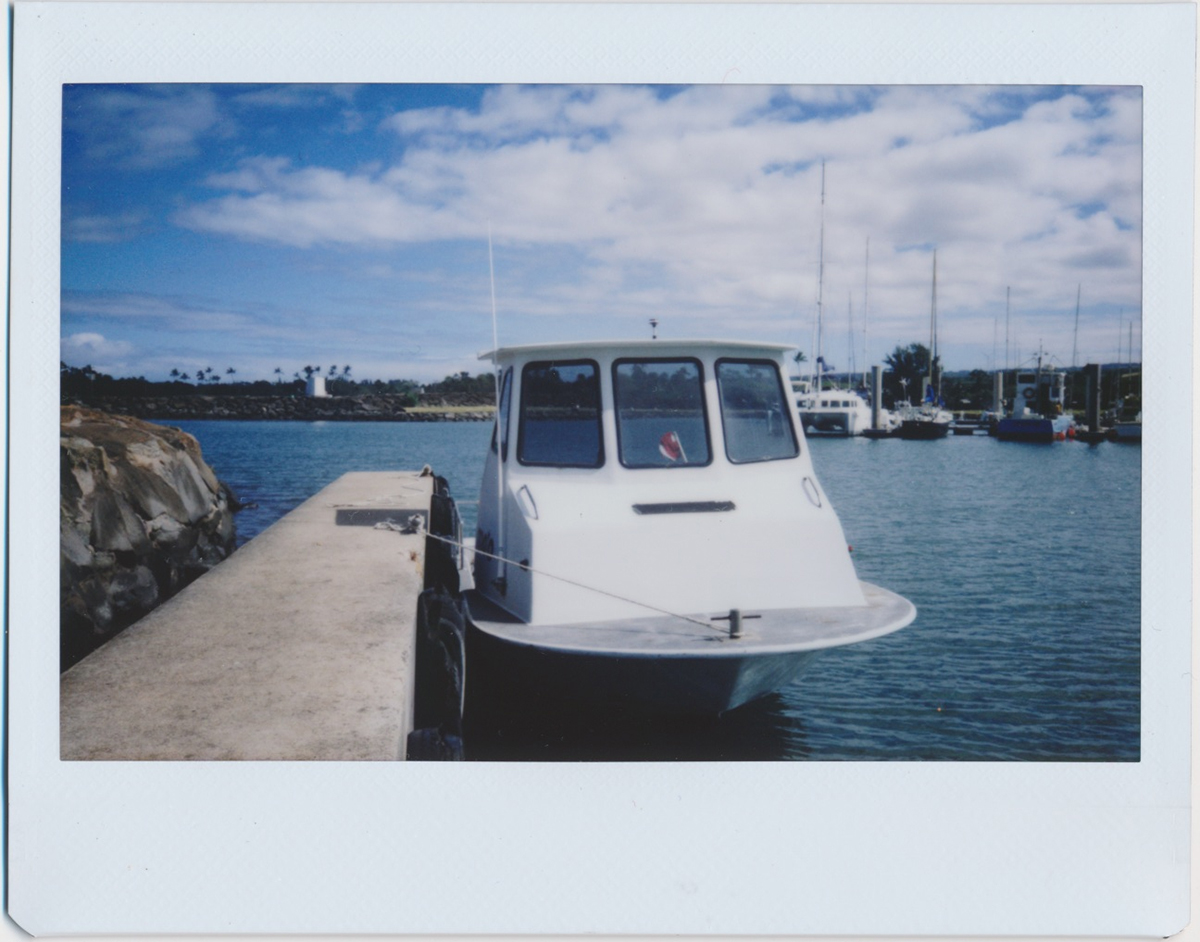 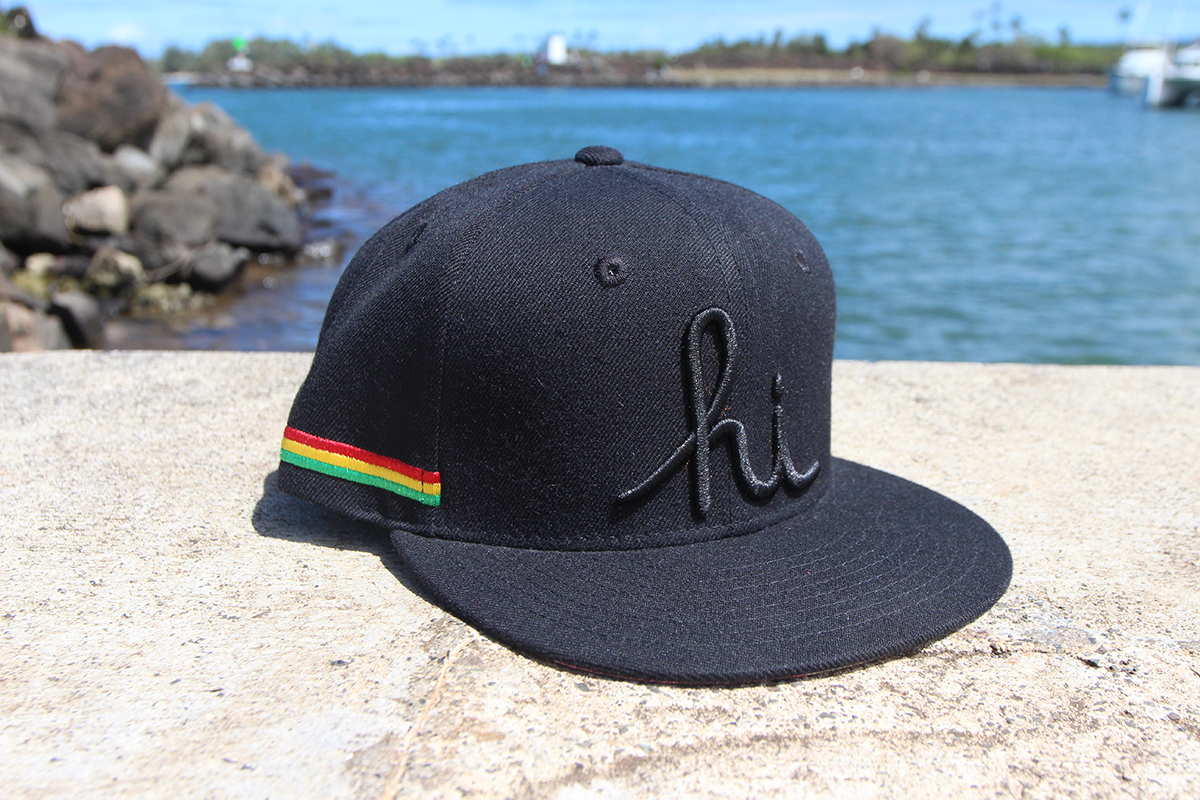 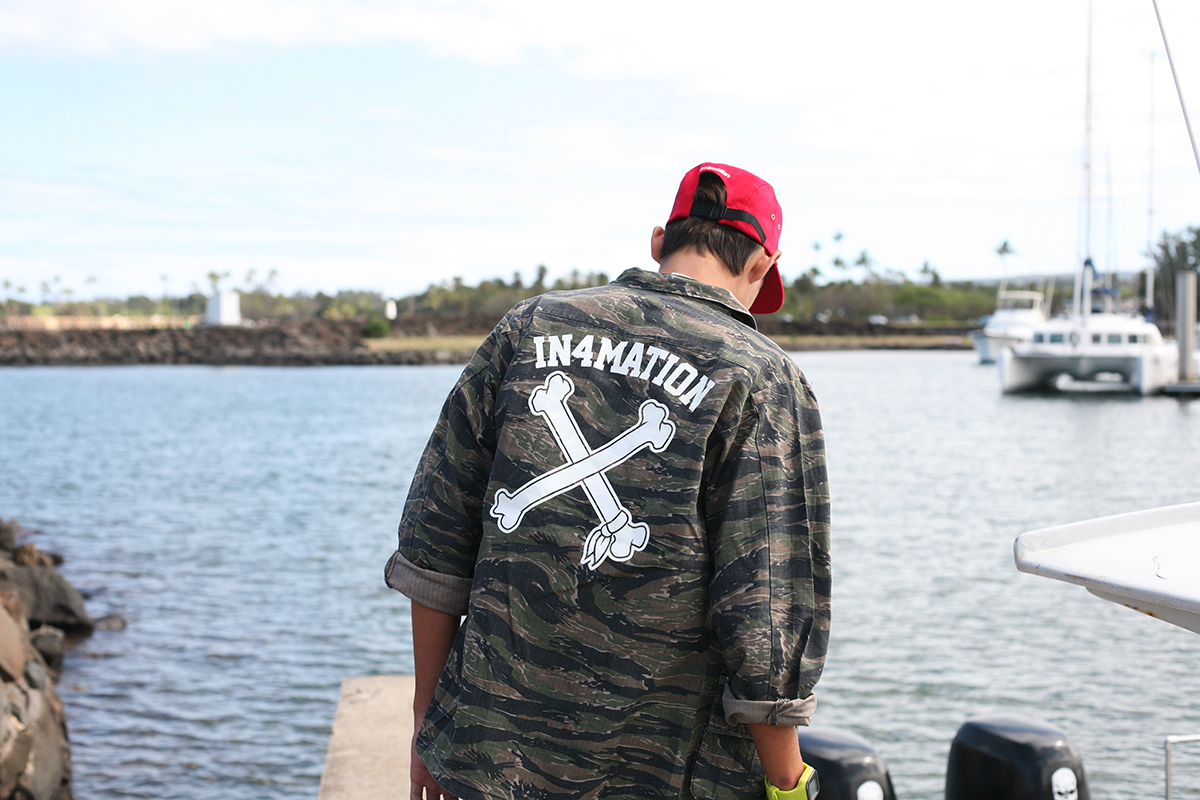 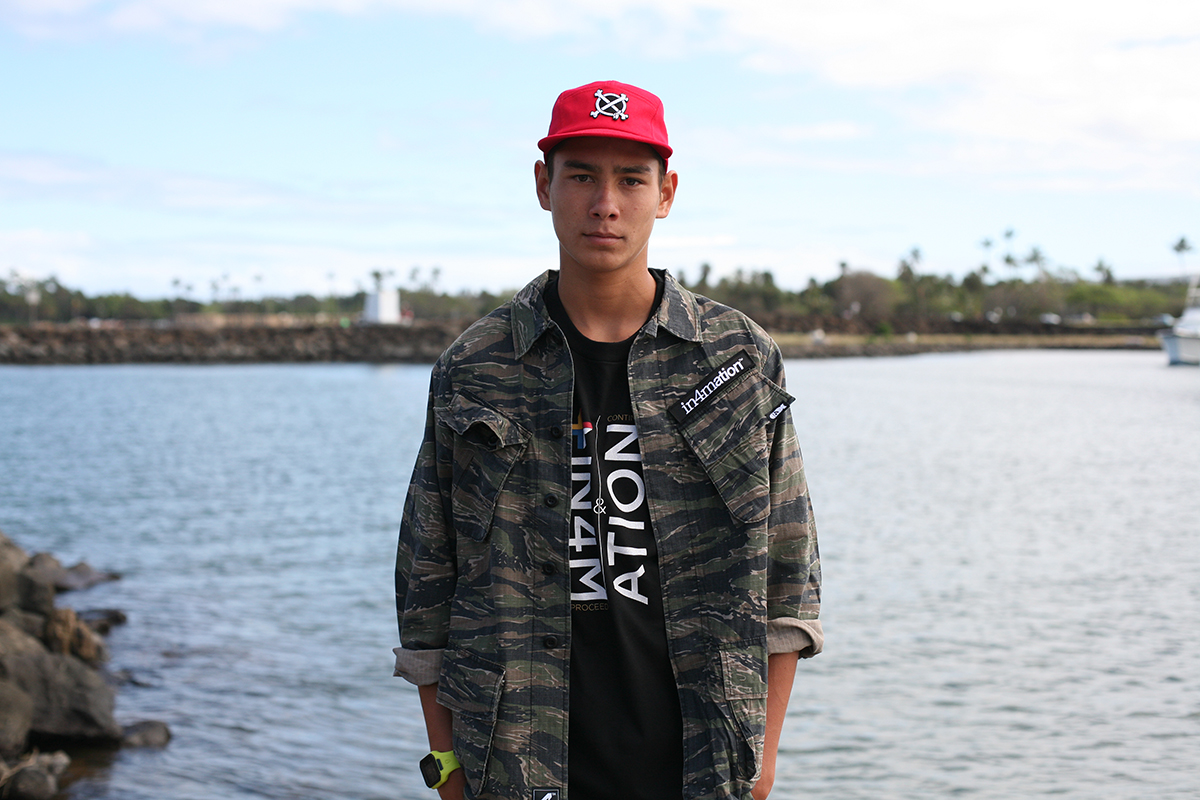 In4mation is excited to announce the upcoming release of their Spring 2015 line.

When it came time to creating a look book that was reflective of this collection, the brand tapped the North Shore’s own Evan Mock for inspiration. At only 17 years old, Evan, who’s been a part of the In4m family for the past year, has forged himself a reputation as one of the brightest young skaters to come out of Hawaii.

Not to be pigeonholed as just a skater, Evan has also embraced all of aspects that make the North Shore such a special destination. When he’s not at the skate park, Evan’s either in the lineup surfing, chilling on the beach, or occasionally nuzzling on up with sharks in the ocean. (True story.) The look book is reflective of Evan’s approach to life.

“For the look book, the inspiration was more based on what it was like to spend a day in my shoes on the North Shore,” said Evan. “We went out on my friend’s boat and swam with some sharks, skated at my local park, and ate at the restaurants I love. Basically, it was really just a day in my life on the North Shore, which is a pretty special place that lends itself to an amazing lifestyle.”

“I can’t say enough good things about Evan as a human. He’s such a good kid and an amazingly talented skater,” added Jun Jo, In4mation’s marketing director. “But more than that, he’s always down for an adventure. He’s really living the life in Hawaii and embracing everything that makes our state so special. Surfing, skating, putting out good vibes—he’s the embodiment of what our brand is all about.”

The Spring look book, which as we mentioned features Evan living life to the fullest on the North Shore, showcases an array of items that have made In4m one of the leading Hawaii-based urban retailers. Highlights include a litany of hats and graphic tees, as well as some cut-and-sew pieces. Specifically, the brand is really excited to showcase their military field jacket. The line will be dropping at all In4m storefronts, online, and retailers worldwide over the next few days .

Check out the pictures above, and see more of In4mation brand here.